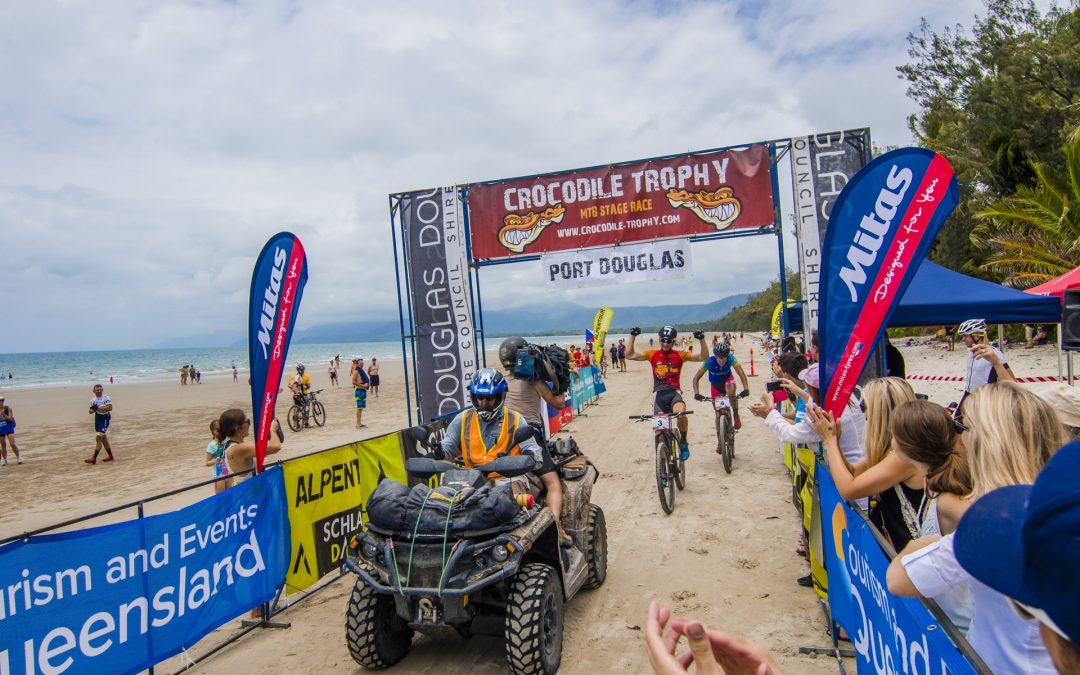 Though Mitas tyres have been seen at the Croc Trophy for many years, including on the bike of 2012 winner, Ivan Rybarik, 2016 was the first year Mitas became the official tyre supplier to the Crocodile Trophy. Mitas Australia launched it’s new TEXTRA sidewall protection with 100 Day Guarantee which proved highly successful through some of the toughest MTB race conditions in the world. At the end of 10 gruelling days, not a single tyre was damaged!