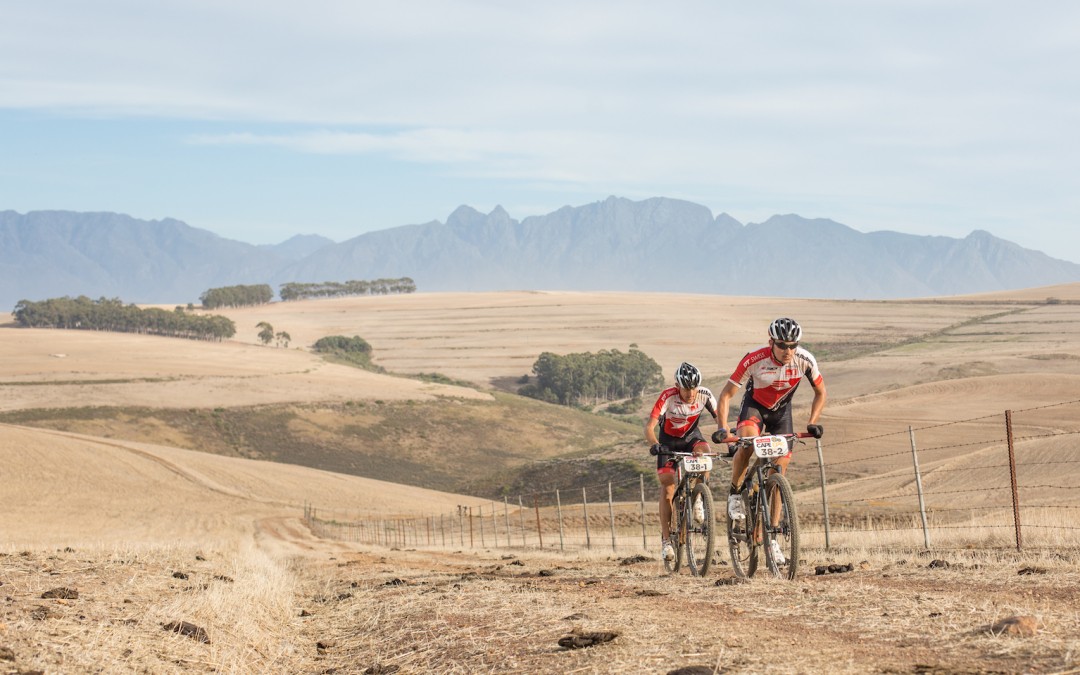 For Mitas bicycle tyres, it was the second year of sponsorship with the toughest and most televised MTB team stage race ABSA Cape Epic held in South Africa as the only Official Tyre Supplier of the event.

With a contract signed until 2018, Mitas is counting on an extensive use of the highly renowned partnership with Cape Epic on a long-term basis to build up the brand recognition and awareness, and thus better penetrate the bicycle market worldwide. Last year, a new sidewall-protecting technology called Textra had its world premiere at the Cape Epic and it instantly set up a benchmark for tyres with excellent performance, sidewall protection, low weight and endurance. None of the 40 riders using Textra noticed a single defect throughout the whole eight days of racing the most demanding terrain and conditions that bikers can ever experience. This remarkable achievement together with the possibility to use a highly valued ABSA Cape Epic logo on Mitas tyres raised tremendous demand for 29” and 27,5” models Scylla, Kratos and Zefyros fitted with the Textra technology. Expectations for the 2016 race were high, and looking at the overall results they were fullfilled. More than 1,200 riders battled throughout eight days, 652 km and 15,000 meters of climbing on their bikes. The elite men’s Czech factory team Mitas Superior with Filip Adel and Jan Jobánek finished 15th overall. A Mitas rider from the UK, Catherine Williamson (former Cape Epic winner), on the Meerendal team with Swiss legend Esther Süss, took fourth place in the women’s category, and Slovak Janka Keseg Števková teamed up with newbie Sandra Murillo from Spain (team ASRIN) for seventh place in women’s. SouthAfrican hero Johan Labuschagne completed his 12th Cape Epic on team Sasol Mitas with Gerrie Beukes in seventh place in Masters despite a one-hour penalty. Also, the Czech team Mitas Eleven (Tomáš Hromádko and Luboš Kouble) did an excellent job at their 1st Epic conquering TOP 30 in Masters. Many other teams like EXXARO development academy, and celebrities like Kevin Vermaak (race founder riding his first Epic), Colin Charvis (former captain of the Welsh national rugby team) and Marius Hurter (1995 World Cup Rugby champion) rode Mitas tyres from the very start and a large number of other riders switched to Textra during the race. All 400 Mitas tyres made it to the finish line.